Piper was another rehome, this time through ESSW. He had been abandoned in kennels and although it is believed he had been a house dog he was never happy indoors. He lived in a cosy kennel and adored the times we were out beating together. Piper I feel never really trusted humans although he loved me on his terms. Sadly his eyesight started to fail which led to his retirement from working and he became depressed ............ then an acute health problem led me to decide sleep was the kindest option. A really nice honest working spaniel who when he couldn't work found he had no role. Run free lad - you deserve peace and fun. 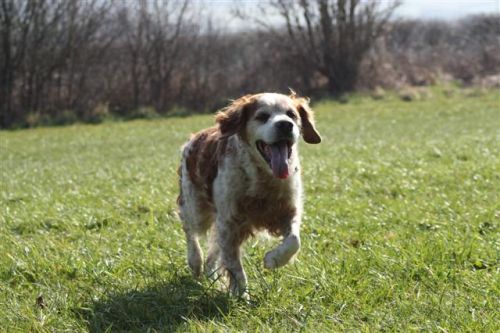